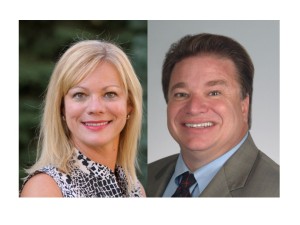 Kathy Schwalbe, Ph.D., PMP is a Professor Emeritus at Augsburg College in Minneapolis, retiring in 2015 to focus on writing. She earned her Ph.D. at the University of Minnesota, her MBA at Northeastern University, and her B.S. in mathematics at the University of Notre Dame while on an Air Force ROTC scholarship. Kathy’s first job was as a project manager/officer in the U.S. Air Force. She also worked on projects at Boeing, Clark Oil, and several other organizations. Kathy was named Educator of the Year in 2011 by the Association of IT Professionals. She is also the author of Information Technology Project Management and An Introduction to Project Management. Visit her personal site at www.kathyschwalbe.com.

Dan Furlong, PMP, CPHIMS, FHIMMS, currently manages the Project Management Office for the Medical University of South Carolina’s CIO. He is also an adjunct faculty member teaching project management in the Masters in Health Administration program.  In 2007 he was named “PMI Charleston’s Person of the Year” and “GMIS International’s IT Professional of the Year” for his work promoting and supporting project management efforts within the state.  Dan was also named a top 10 semi-finalist in the 2008 Kerzner International Project Manager of the Year Award. Visit his site at  www.pmone.net.